We thought we’d take a moment to look back on 2019 and reflect on what has been a standout year for the Venture Security team.

From winning prestigious awards to taking charge of security for one of the most famous monuments in the world, it’s been a rollercoaster of a year in more ways than one.

Here are some of the highlights from the past twelve months.

The year began with Venture making a pledge to the Living Wage Foundation that ensures all our employees are paid well above the national minimum wage. We’re proud to have been among the first security companies in the region to make this commitment.

In January we also introduced our new bespoke operations software, V-Secure, which provides customers with comprehensive, real-time reports about individual assignments and the movements/actions of our team members.

In February, following more than eighteen months of vetting, screening, assessments and training, Venture became the first security company in Hampshire to be accredited under the Community Safety Accreditation Scheme (CSAS).

What this means is that our CSAS accredited officers now have low-level police powers they can use when dealing with antisocial behaviour. 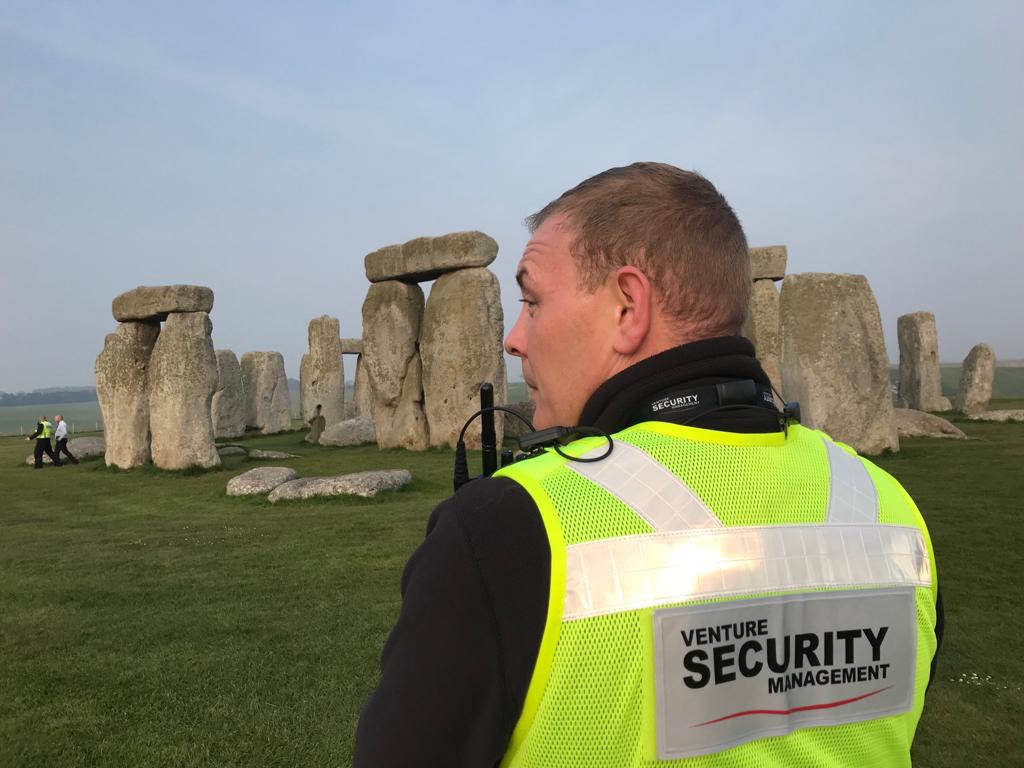 In March we were given the amazing news that English Heritage had awarded us the security contract for the world-famous Stonehenge – a contract encompassing static guarding for the monument around the clock, security for the onsite visitor centre and event security services.

In the same month, we were also awarded a contract to provide a year-round security presence at Salisbury Cathedral. 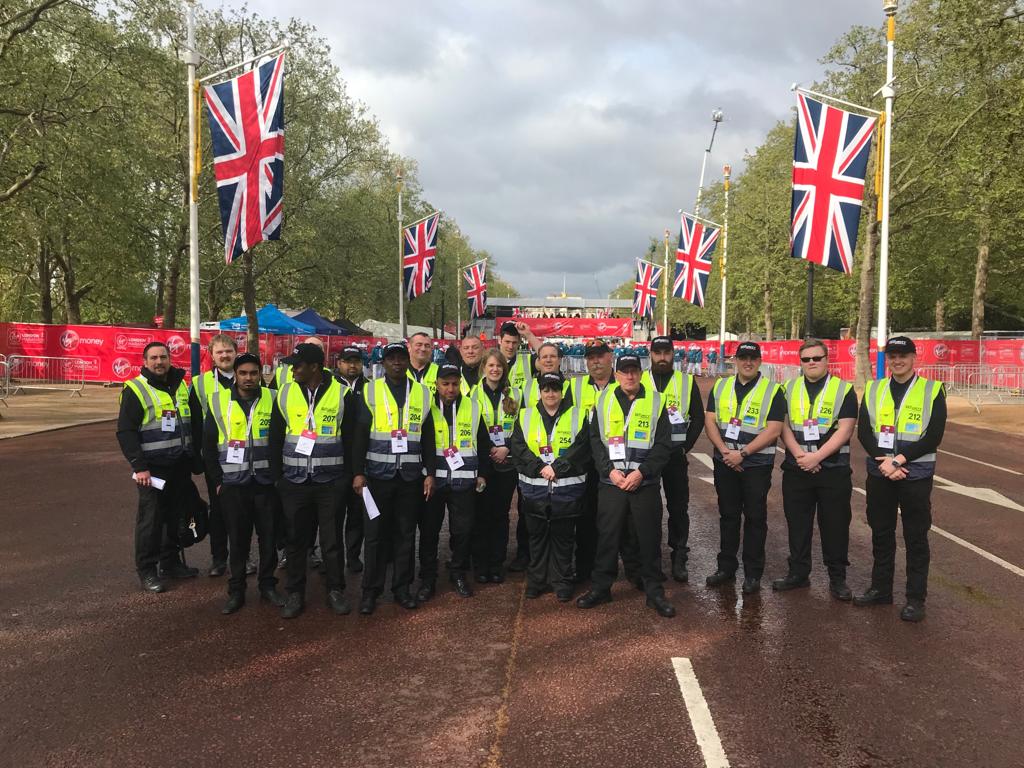 Taking our commitment as an employer even further, in April we launched a new employee benefits scheme, giving team members a range of local discounts, as well as access to medical support and expert advisory services.

The Venture team also made its debut at the London Marathon - one of the largest and most popular events on the racing calendar - greeting participants as they crossed the finish line and protecting the medals. 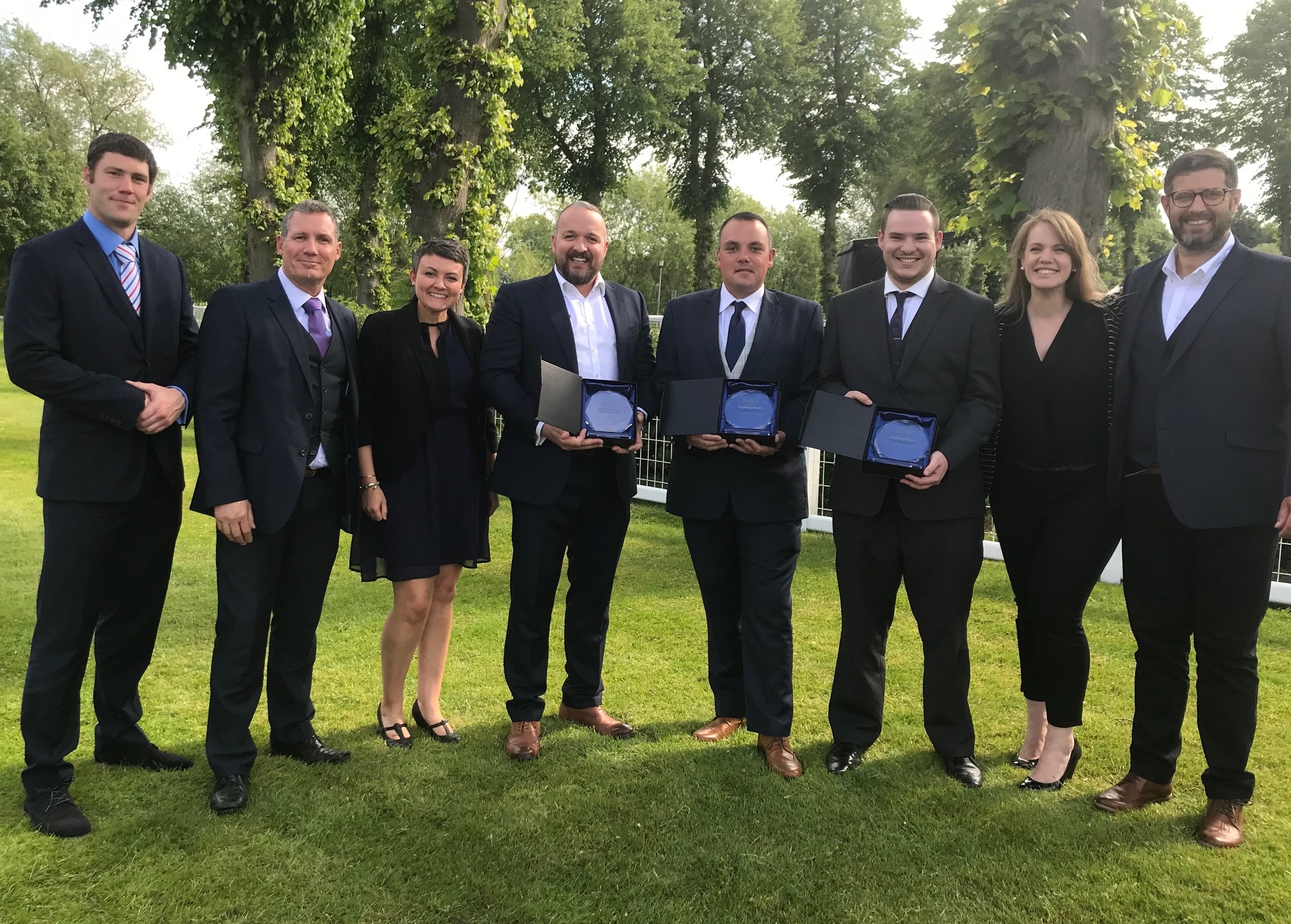 It was a very proud moment for the Venture team in May, with two of our city centre security officers being given ACS Pacesetters Security Officer of Distinction awards.

The annual awards programme recognises security officers who have excelled in their duties and gone above and beyond, even risking their own safety, for the protection of others.

Venture also picked up its own award, highlighting it as one of the top performing security companies in the country.

June was a busy month for our event security team, who had the honour of providing security and stewarding for the Armed Forces Day National Event in Salisbury. The event ran smoothly and safely, with our team receiving widespread praise - a fantastic achievement, especially considering the incredibly tight timescales involved.

We also added to our city centre security portfolio, being awarded a contract by Basingstoke Together - who manage the Business Improvement District (BID) for Basingstoke Town Centre.

And Venture received Gold accreditation from the National Security Inspectorate (NSI) - the leading certification body for the security sector in the UK.

In July, Venture celebrated two years working in Salisbury City Centre, where our security officers have been helping tackle antisocial behaviour. We were excited to learn that calls to the police have dropped by 35%, while our work with street attached individuals has seen official homeless figures reduced significantly - from eleven to just one.

Our officers have dealt with 4,768 occurrences in Salisbury City Centre in the past two years, ranging from alcohol and drug related antisocial behaviour to public disorder. 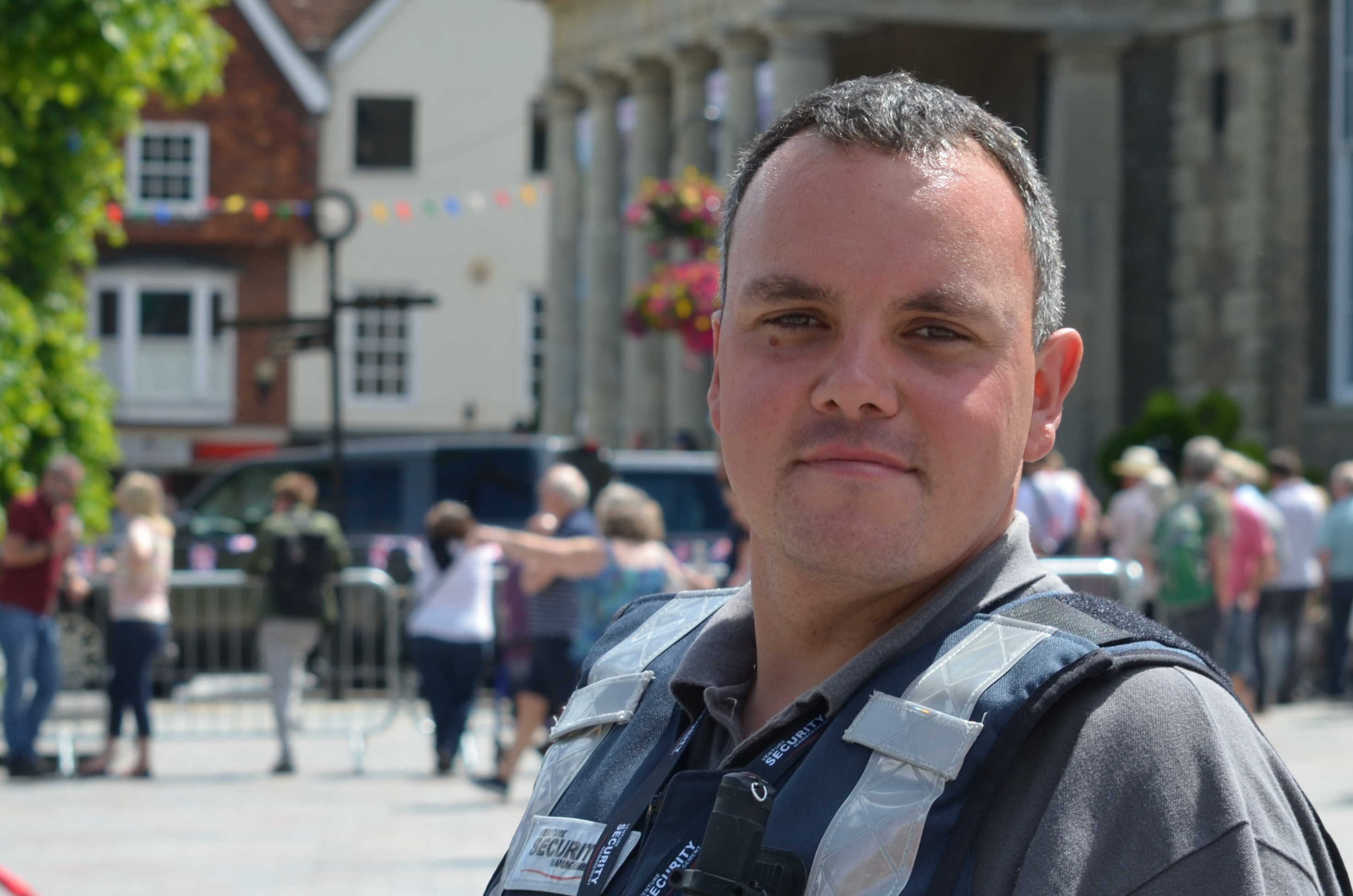 In August - and hot on the heels of our Hampshire accreditation - Venture became the first organisation to be accredited by Wiltshire Police under the Community Safety Accreditation Scheme (CSAS).

We also retained our position within the top 5% of Approved Contractors in the UK, following our 11th annual Security Industry Authority (SIA) ACS assessment. We’re proud to have a score of 126, which puts us firmly within the top percentile. 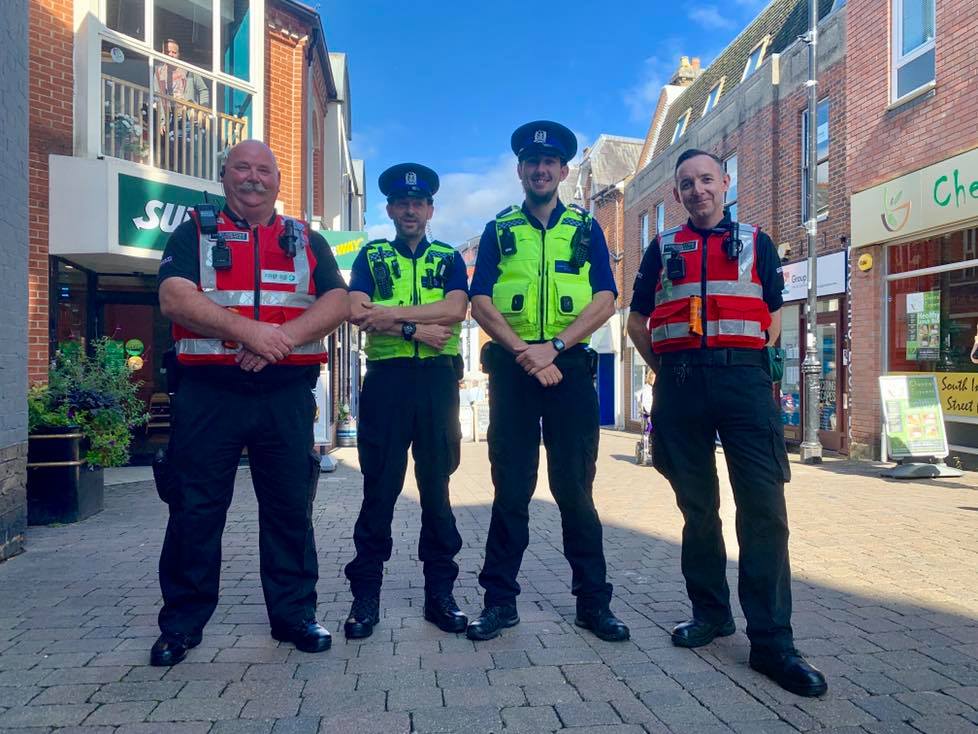 In September our Town Centre BID Rangers officially began their patrols in Basingstoke, helping to deter crime and tackle anti-social behaviour (ASB) for the benefit of local residents, retailers and visitors alike.

Operating five days a week, all year round and whatever the weather, our Rangers are described as the ‘eyes and ears of Basingstoke town centre’, helping people find what they’re looking for and creating a sense of safety, whilst actively deterring and responding to low-level incidents of ASB and unwelcome conduct.

In October, we were awarded a contract to supply security guards to Aspire Defence Services at their head office and business park in Tidworth. Aspire Defence manage and maintain the MOD’s vast housing portfolio on the garrisons at Aldershot and Salisbury Plain.. 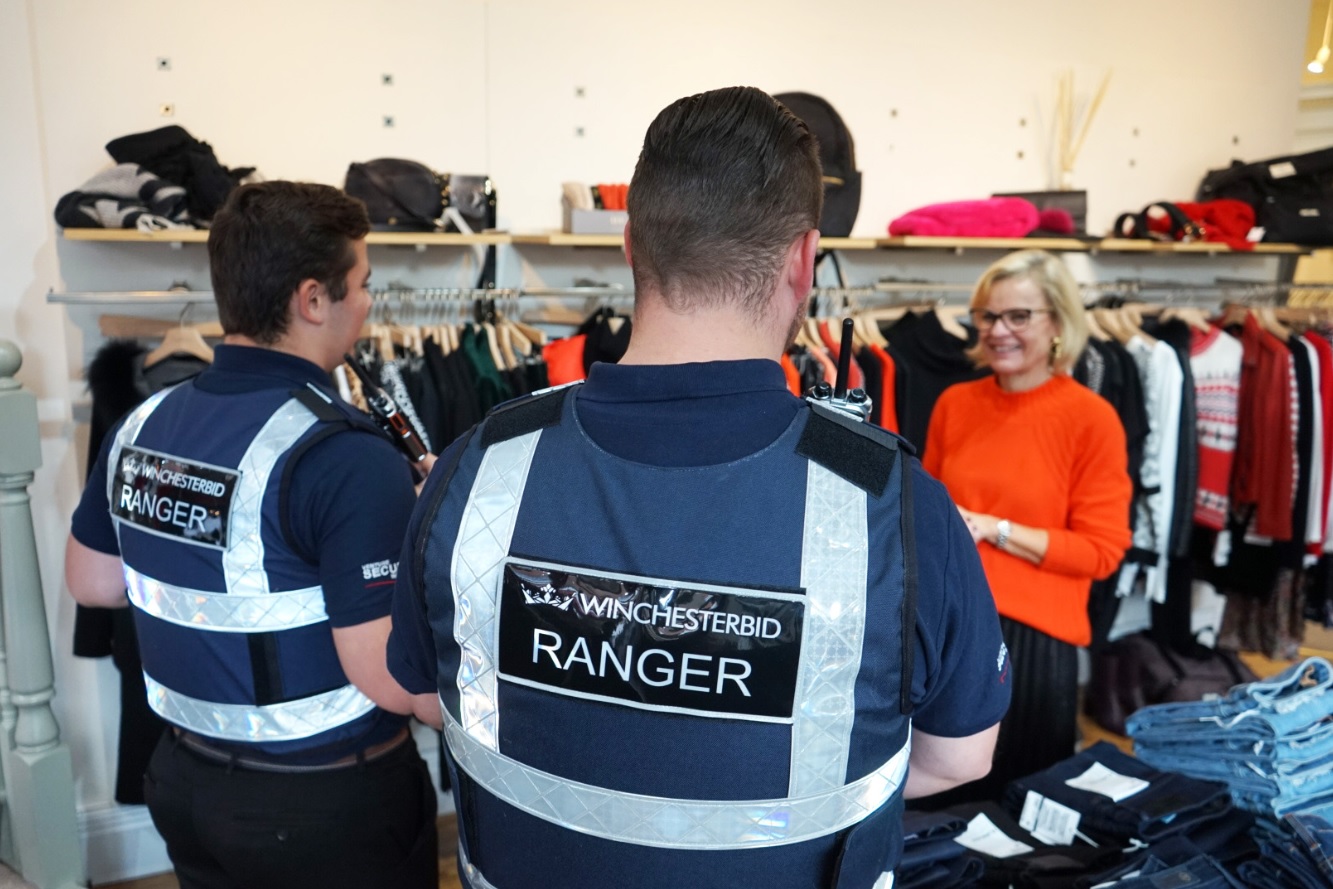 We added yet another city centre security contract in November, this time for Fareham Borough Council, and we look forward to getting started with them in the New Year.

This month also marked the one year anniversary of the launch of the Winchester BID Ranger scheme. Our Rangers have dealt with 2,449 occurrences in Winchester City Centre during the past twelve months. To date, the scheme has had a very positive impact for retailers within the BID area, including assisting in the recovering of more than £20,000 worth of goods and services.

Rounding off a fantastic year, in December Venture was shortlisted in the category of Outstanding Contract Security Company - Guarding, as part of the UK Outstanding Security Performance Awards (OSPAs) 2019. This is despite being up against huge players within the industry.

The OSPAs recognise exceptional performance and best practice in security. Fingers crossed our success continues and we take home the award at the ceremony in February!

“It’s been a fantastic year for Venture and our thanks go to the whole team for the commitment they have shown in delivering a consistently high-quality service for our customers,” commented Paul Howe, Venture Security MD.

“Our team members are the reason we continue to grow and achieve. Our ongoing success comes down to the effort being made by every single individual - from our stewards to our security officers and the head office team.

“We’re incredibly proud of what we have achieved to date and have ambitious plans to build on these foundations even more in 2020.” 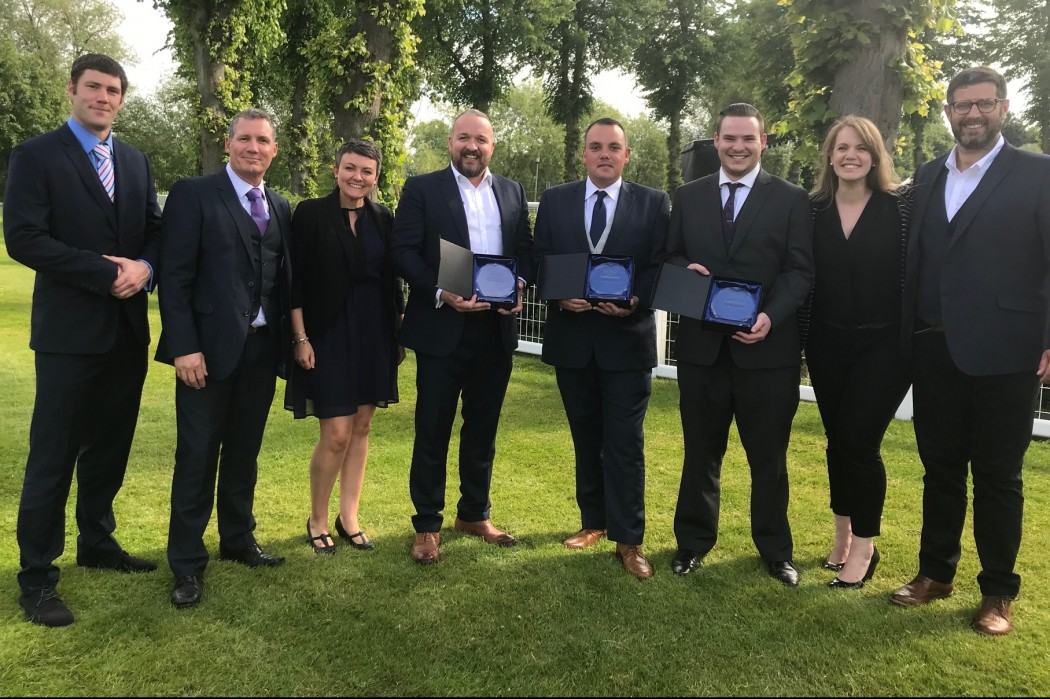 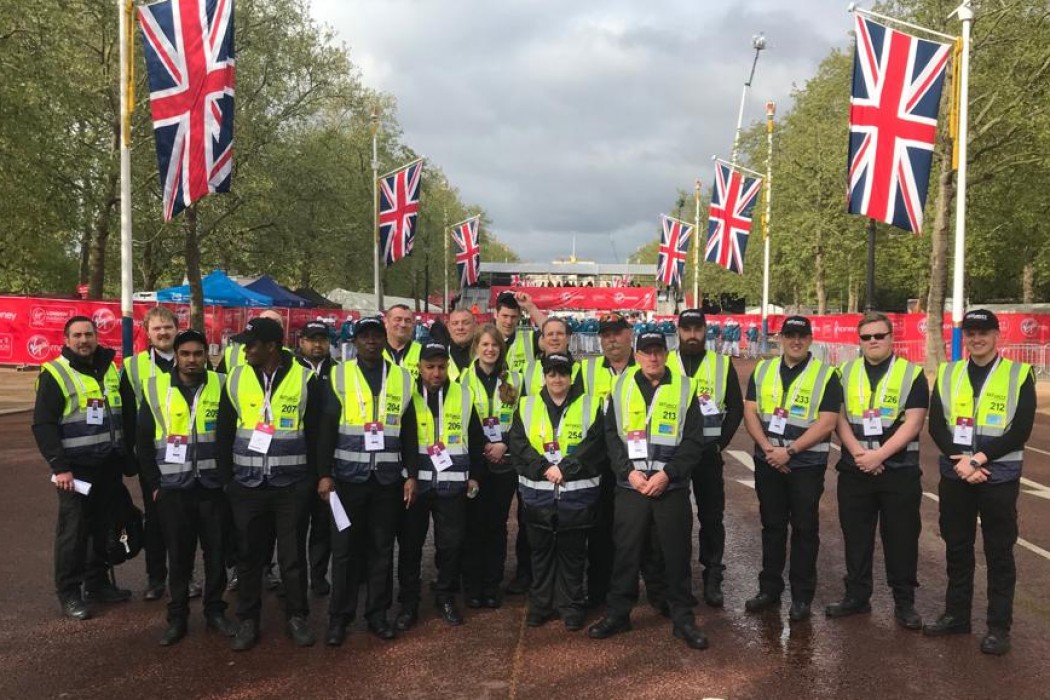 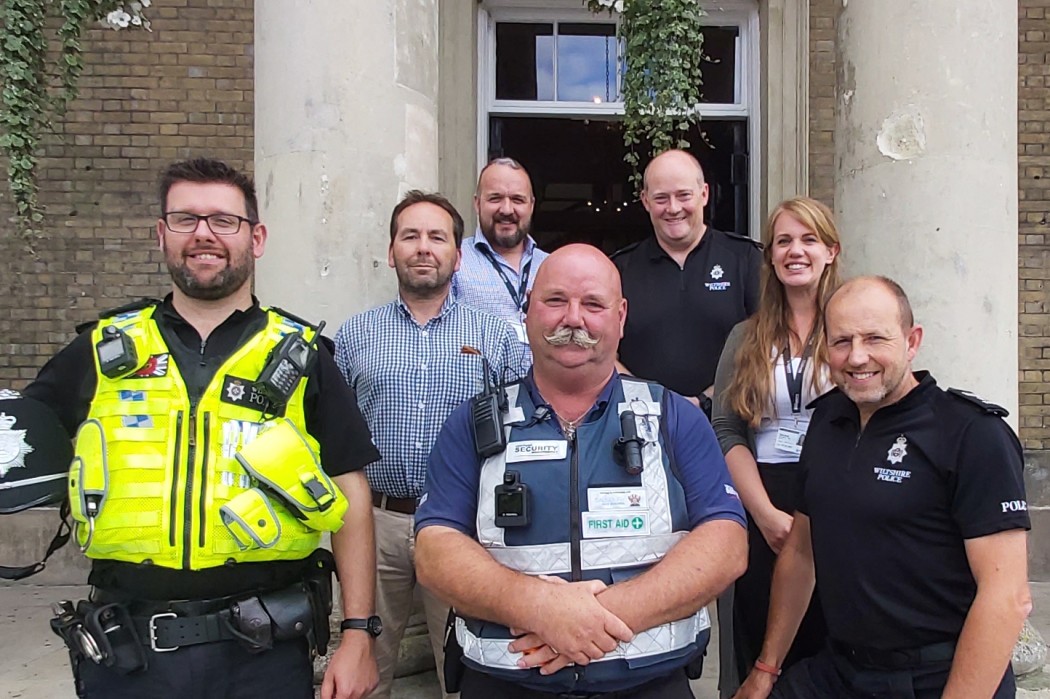 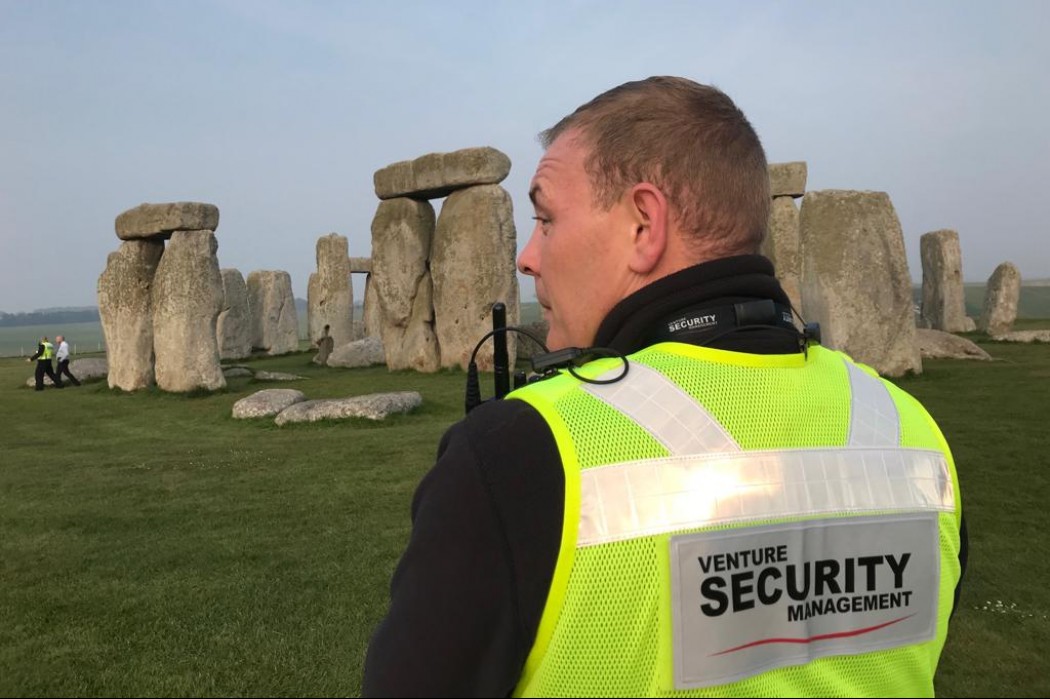 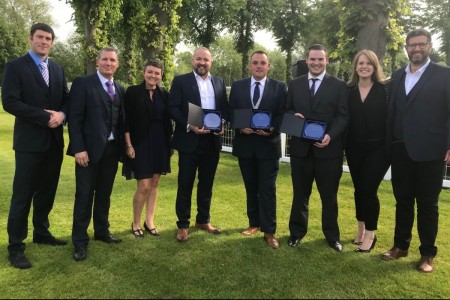 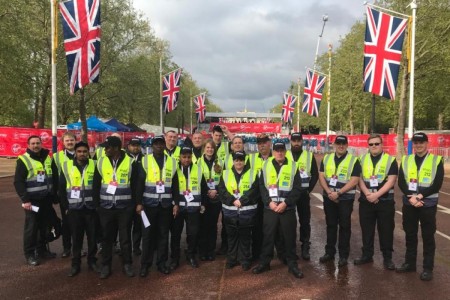 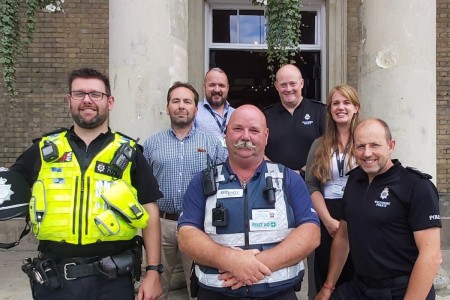 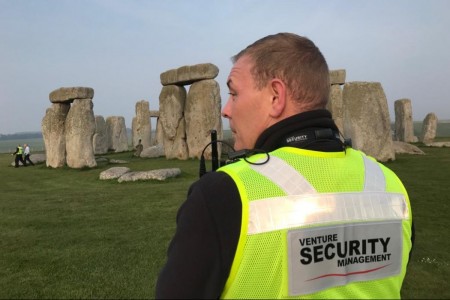 What to ask when choosing a security provider: Your Checklist

Choosing a security provider is an important decision for any business to make. When you’re placing the safety of your premises, equipment and staff in someone else’s hands, you need to know it is a firm you can trust. The last thing you want is to be won over by promises that are never delivered on. ...read more

Darren Winter and Ryan Tench from Venture Security have each picked up an ACS Pacesetters Security Officer of Distinction award, with Venture also winning an award highlighting it as one of the top performing ACS companies in the country. ...read more

Burglaries soar at this time of year, so what can you do to reduce the chance of your business becoming a victim of crime this festive season? ...read more

The success of any event comes down to the experience it provides for visitors. Having the support of first-class and highly experienced door supervisors and event security personnel can help ensure a smooth delivery, while safeguarding the wellbeing of both team members and attendees... ...read more