Venture’s City Centre Security Officers (CCSOs) - sometimes known as Rangers - are out on patrol daily, supporting the police, councils, and Business Improvement Districts to manage the problem of antisocial behaviour in towns and city centres.

With alcohol and other stimulants often a factor in such behaviour, our officers can regularly find themselves face-to-face with some challenging situations. The individuals in question may be abusive or aggressive and have been known to be armed, causing alarm and distress to anyone in the vicinity.

Our officers are fully trained and experienced to handle this and have the back up of the head office team at all times. The safety of our officers, the general public and the individuals in question, always being the top priority.

It takes confidence and quick thinking to manage antisocial behaviour and our officers work hard to resolve such situations, as quickly and calmly as possible. Which is why we love receiving feedback from those who recognise and appreciate their efforts. 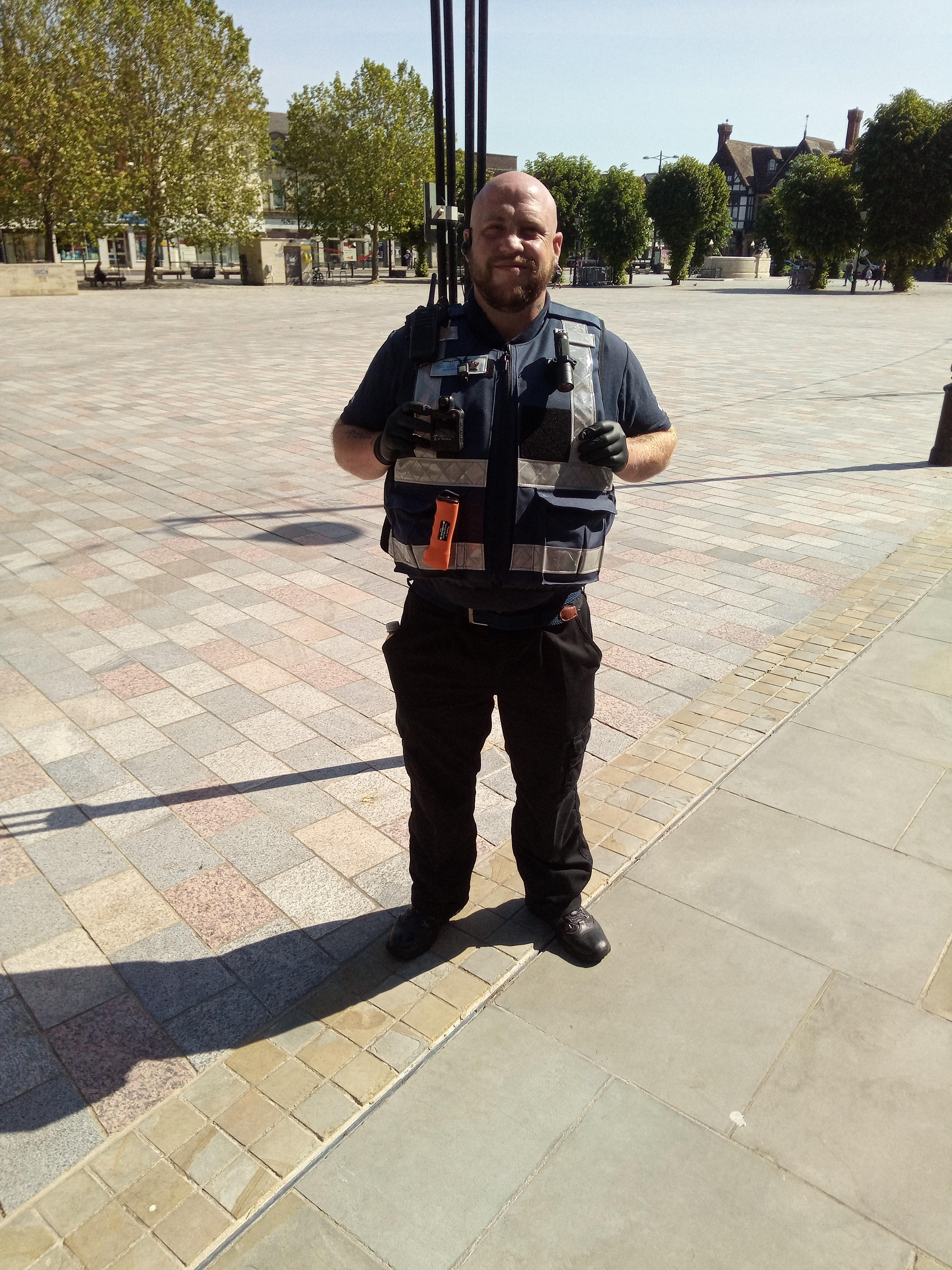 Josh goes ‘above and beyond’

Earlier this month, Josh, one of our CCSOs, was on patrol in Salisbury when he came across an intoxicated male. The man had broken the fence of a local nursery and Josh was quick to deal with the situation, contacting all relevant agencies about the problems the man was causing.

Despite being alone and the man being very abusive, Josh confronted him to try and prevent further issues. His actions are thought to have prevented the nursery and its staff from being subjected to further abuse and damage. He was also able to then provide some good quality evidence to the police, in support of a court prosecution.

The arresting officer from Wiltshire Police praised Josh for his ‘professional response’ and explained: “Josh provided a good balance of robustly dissuading further disorder whilst also acting as a professional witness.

“After I attended the scene to arrest the male, Josh went above and beyond his core responsibilities and assisted in detaining the male with me…. He did all this despite the risk to himself from assault...”

Following the incident, Josh helped to obtain information from the victims at the nursery, provided a witness statement and supplied copies of his Body Worn Video (BWV) footage to the police. This evidence was crucial in charging the male, who will be going to court to answer for his actions next month.

Well done Josh and a huge thank you to all our town and city centre officers, who continue to do such an outstanding job!

Are private security firms doing the job of the police?

Venture Security, has been awarded a contract by English Heritage to look after the world famous Stonehenge monument in Wiltshire. ...read more

Darren Winter and Ryan Tench from Venture Security have each picked up an ACS Pacesetters Security Officer of Distinction award, with Venture also winning an award highlighting it as one of the top performing ACS companies in the country. ...read more